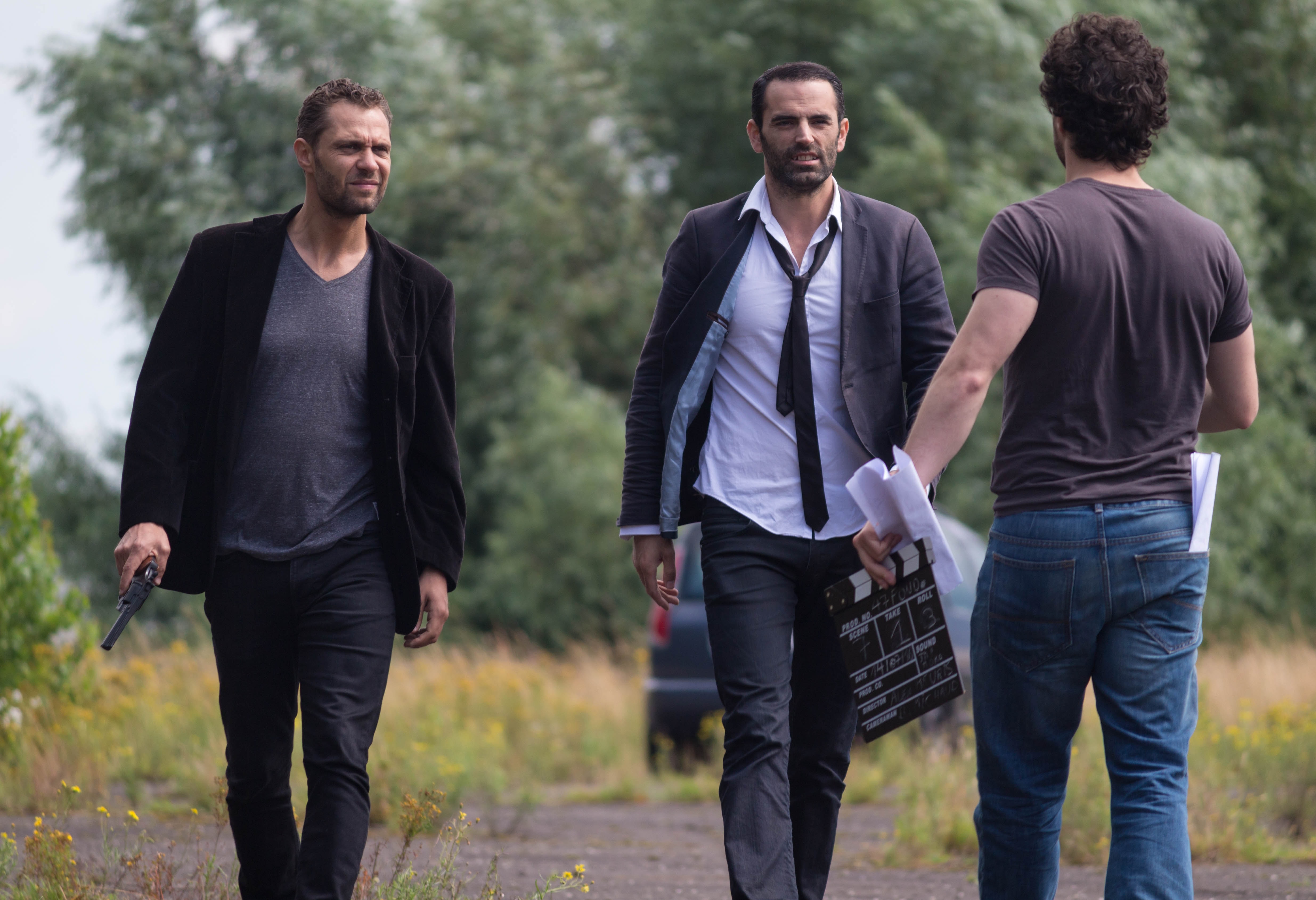 Cornwall has long been the to come to location for the film industry, drawn by its varied and stunning landscapes of dramatic coastlines, azure seas, turquoise coves, sweeping moorland, rugged landscape and olde world towns and villages.

Its close location to film studios in the country is beneficial when it comes to travel time and costs, as the large entourage of crew associated with filming a production can get here easily without any delays. Another benefit for manufacturing firms is that many locations here are already established as filming areas and landowners are already on hand, this makes it easier both in terms of time and effort to search and successfully shoot a movie.

Films and productions have been shot here for generations, dating as far back as the late 1920s. The region has plenty of locations both visible and hidden, ideal for filming purposes.

During your stay in Cornwall, we are sure you will discover many of them here in the mini Hollywood of the South West. This international business certainly showcases Cornwall in a positive light.

With a trip to Cornwall, you are never far from a filming location and can take a film tour of the region, make sure to take a peek at these impressive places. You might even see some celebrities out and about.

The infamous movie Jamaica Inn was entirely filmed here in Cornwall. It was produced by Alfred Hitchcock; it is often considered to be one of his worst movies of all time.

It was adapted from the 1936 Daphne Du Maurier classic about Cornwall around 1800, where a young woman discovers that she's living with a gang of criminals who arrange shipwrecks for profit. The respected squire of a quiet Cornish village is in fact the leader of a gang of murdering pirates who attack passing ships and kill the crew and steal their cargo. It was inspired by the authors stay at the actual Jamaica Inn.

This establishment dates back to 1750 and is located to the east of Bodmin Moor; it has long associations with smuggling and is the perfect location for such a sinister tale.

Rebecca is based on the Gothic classic romance novel by Daphne Du Maurier; it is a classic tale of love and hate. Maxim De Winter marries a woman half his age only a year after his first wife, the beautiful and accomplished Rebecca, dies. His new self-conscious bride is tormented by the memory of her husband's dead first wife.

This famous Disney movie dates back to the 1950s. It was Walt Disney's first ever live-action cinematic production and the first version to be made in colour, and was awarded many rave reviews throughout the world.

Adapted from the 1883 Scottish novel Treasure Island by Robert Louis Stevenson about the treasure seeking adventures of young Jim Hawkins and pirate captain Long John Silver. Technology was not around then so many of the exterior scenes were filmed on location and Cornwall was chosen as the perfect location for their pirate adventures. The region, after all, does have a rich history of pirates and smuggling.

It was filmed across the county in places like Gull Rock, the River Fal, Helford River and Carrick Roads; Treasure Island ensnares the spirit and natural ruggedness of Cornwall perfectly.

This delightful movie starring Dame Judi Dench and Dame Maggie Smith as sisters, is set in 1930s Cornwall. The two sisters befriend a mysterious stranger who washes up on the beach in their quaint fishing village. There really was no other location for it to be filmed.

Filmed mostly at Cadgwith, Rosudgeon (Bessy's Cove was the location for the scenes of the cottage where the ladies lived) their house, Cliff Cottage is part of the Porth-en-Alls estate. Prussia Cove, on Mount’s Bay and Kenneggy Cove were used for beach and coastline shots. A scene with the two sisters in a car takes place down Church Street in Helston.

Based on C.S Forester's fictional period novels about a Royal Navy Officer. This movie dates back to the 1990s and catapulted Ioan Gruffudd to fame, when he starred as the swashbuckling navy hero Commander Horatio Hornblower.

A modern zombie thriller starring the Hollywood icon Brad Pitt, his mission is to travel across the world to prevent a zombie outbreak. Although filmed in multiple locations across the globe, many of the scenes are set at sea and the chosen location for these scenes was Falmouth.

Falmouth has a rich and famous maritime history so makes sense to be used in the filming of this blockbuster movie. The Royal Fleet Auxiliary ship Argus was used in the movie and renamed as USS Argus.

This iconic story by Lewis Carroll has seen many adaptions over the years. The colourful characters of the Mad Hatter, Queen of Hearts and Cheshire Cat are synonymous with many people's childhoods. This favourite book was given a unique take by the creative Tim Burton, in his fantastical adaption of this epic story. Starring Johnny Depp, Helena Bonham Carter and Anne Hathaway.

It was determined that Cornwall's grand old country homes would be an ideal setting for a certain magical tea party, with hurried white rabbits, croquet and red queens. Walt Disney chose the 18th century Antony House as the perfect setting. Located just outside the town of Torpoint on the south coast. A classic beautiful grey mansion with beautifully manicured gardens and woodland are the ideal backdrop; they combine history and fantasy seamlessly to create his imagined fantasyland, within its atmospheric grounds. The harbour scenes were shot at Charlestown Harbour.

Take a walk through this famous fairy tale with a visit to Antony House. Spot the locations used in Disney's movie.

Another installment by the creative and talented cult director Tim Burton. This fantasy film is based on the best selling novel of the same name by Ransom Riggs. Following Jacob a teenage boy who seeks to discover clues to a mystery that spans different worlds and times, he finds Miss Peregrine's Home for Peculiar Children. But the mystery and danger deepen as he gets to know the residents and discovers their extraordinary superhuman abilities.

Filming took place at the Caerhays Estate, Porthluney Cove and East Portholland, which was transformed into the fictional village of Cairnholm, all near St Austell and Minions high up on Bodmin Moor. It took months of combing the UK's coastline for the fictitious Welsh island of Miss Peregrine’s desolate orphanage.

The 20th installment and one of the most famous in the series of James Bond movies, Pierce Brosnan taking over the role of the iconic suave secret agent 007 with Halle Berry (Jinx) as his love interest. There is nothing more quintessentially British as 007 so is not surprising that some of the UK's dramatic landscapes doubled as a backdrop for this action-packed film.

The opening beach scenes in Korea were shot in two scenes one being in Newquay at Holywell Bay, the other was in Spain. The world famous Eden Project was used as the inside of Gustav Graves' ice palace/diamond mine and most of the scenes of the greenhouse in Iceland were also filmed here including, the shots of Jinx Johnson rappelling down into the evil genius' lair, and running down the side of the building.

A time travelling romantic comedy/drama, starring Domhall Gleeson, Bill Nighy and a stellar cast. On turning 21, Tim (Domhnall Gleeson) discovers that all of the men in his family have the ability to travel through time. He decides to use his gift to help him with his love life, not always with the desired outcome. A quintessential British film, so it makes sense that Cornwall was the ideal location to film.

The majority of the movie was filmed at the pretty village of Portloe on the Roseland peninsula and the church at nearby St Michael Penkivel. Another prominent location was the family home, the gorgeous Porthpean House sitting perched on the cliffs, overlooking St Austell Bay. There is a private path from the lawn down to a beautiful sandy cove.