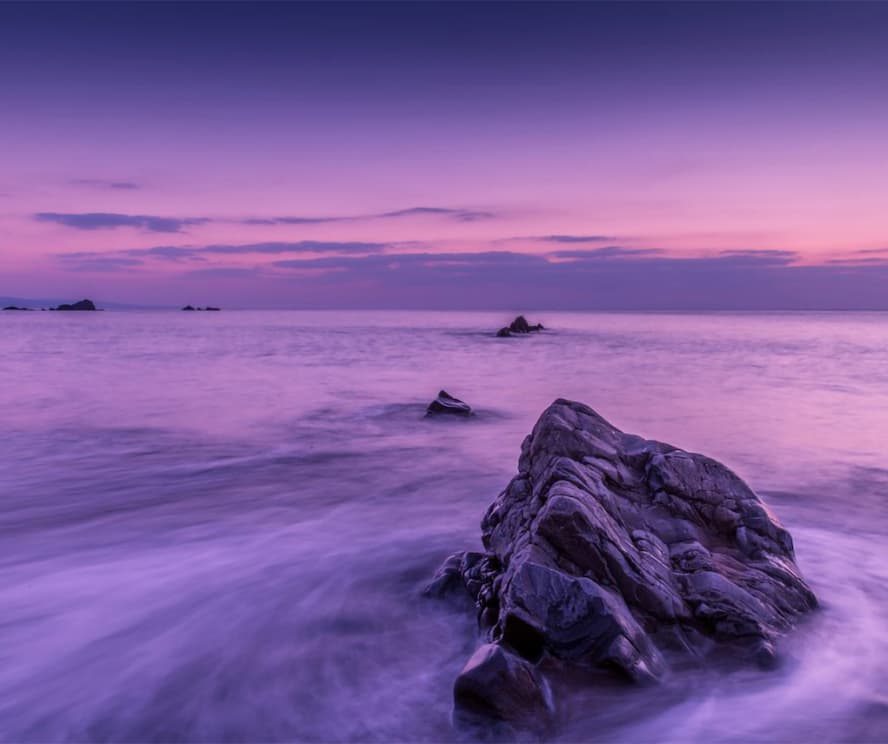 There are many legends and myths associated with Cornwall, it is said that the land was inhabited by giants who shared it with pixies and fairies, and mermaids who lured fishermen out to sea. We have a rich heritage of tales and superstitions, there are lots of stories to capture the imagination.

Many legends have stemmed from the old stones found all over Cornwall. These tales have been kept alive by ‘droll tellers’ or story tellers, as well as being celebrated by locals. Story tellers are often seen at festivals or in plays here in Cornwall.

One of Cornwall’s best known, and famous legends is King Arthur, we wanted to tell you about some lesser-known myths.

The Mount was created by the giant Comoran who made his home here. He would wade ashore when hungry and feast on the villager’s livestock and terrify them. The villagers wanted the giant gone and offered a reward to be rid of him.

He met his match in a local boy named Jack who made his way across the cobbled causeway to lay a trap. Jack dug a huge pit near the causeway and covered it with straw and branches to hide it. He lured the giant with a blast of his horn; the angry giant chased him and fell into the disguised pit where Jack delivered a mortal blow to the giant. He then filled in the pit with earth.

He became known as Jack, the giant slayer. You can retrace Jack’s steps and find Comoran’s petrified heart hidden amongst the stone path. The legend continues that if you put your ear close enough to the heart stone you can hear the giant's heartbeat. 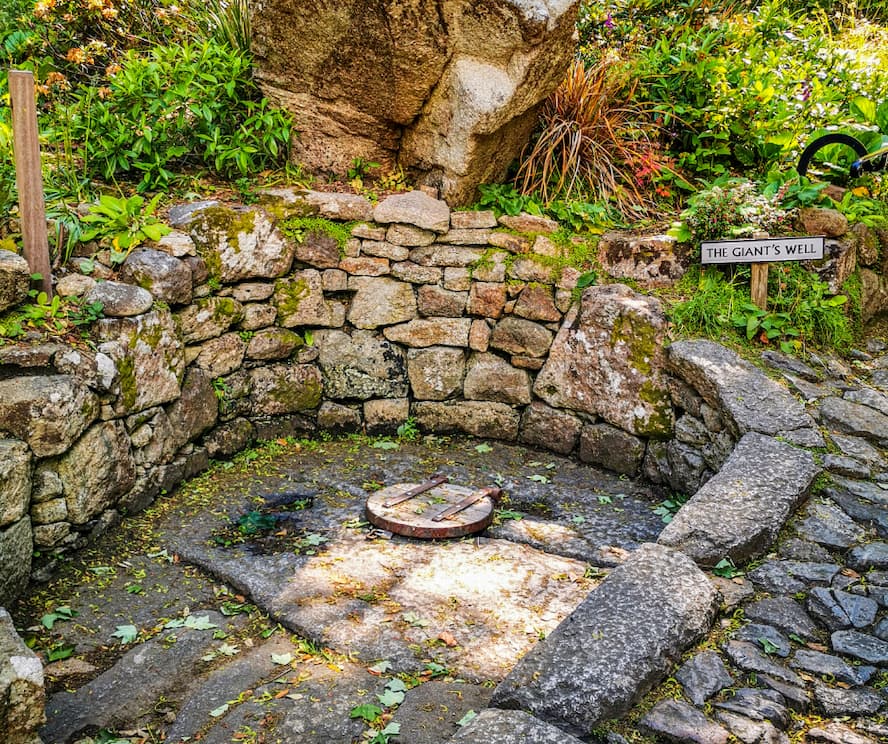 He was a tyrannous giant and was said to have been a bully to his wife, making her pick and carry huge boulders to the top of the hill in her apron. In addition, he terrorised the villagers of St Agnes destroying their crops and eating their livestock, but it was his love of a local girl that led to his demise.

It was so tall, it is said that he could have one foot on St Agnes Beacon and the other firmly on Carn Brea, an impressive six miles distance, as the crow flies.

He would follow the beautiful maiden St Agnes around relentlessly, proclaiming his undying love to her. She was persecuted by him and tried duels and several other ploys to be rid of him, but nothing worked. She came up with a plan and said for him to prove his love for her, she required him to carry out one small act to prove his affections. She asked that he filled a hole in the base of the Chapel Porth Valley with his blood. Saying if he performed this for her, then she would return his love and marry him.

He did not realise it was a bottomless hole and his blood was flowing out to sea, it wasn’t long until he had lost too much blood and died.

Every year the villagers of St Agnes re-enact the legend, the Giant and all the characters from the story pass through St Agnes and over the cliff tops above Chapel Porth.

A sign of this lovelorn tale, a red stain remains on the cliffs in Chapel Porth where his blood is said to have run into the sea.

In the valley running upwards from Chapel Porth there is a stone where you can still see the impression of the giant’s fingers.

You can come along to see the celebration procession each May Day weekend. Find out more information on the village website https://bolsterfestival.wordpress.com/ 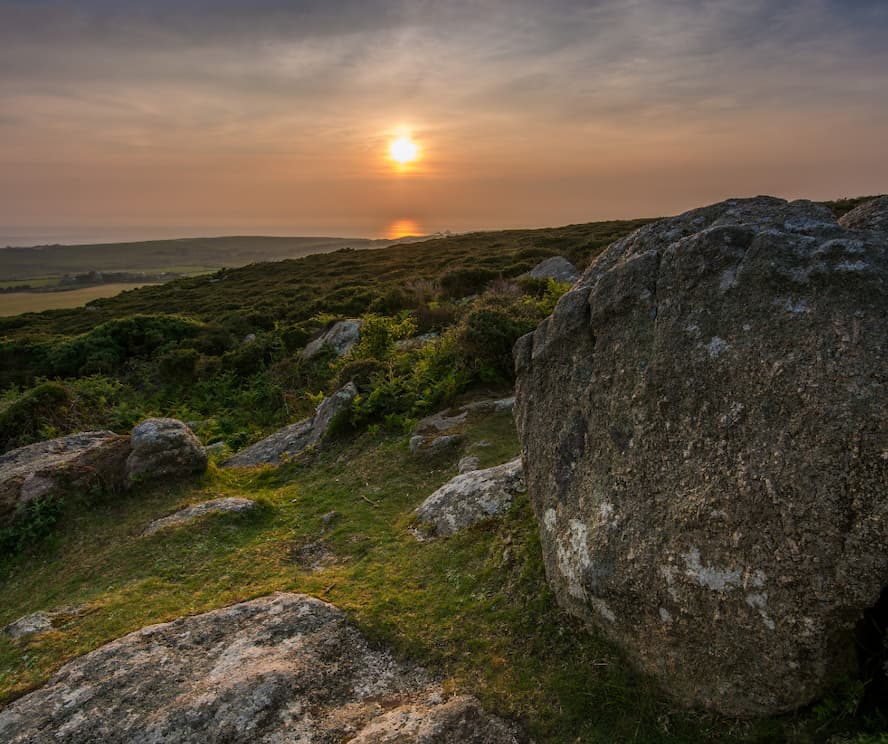 In Portreath visitors can see the remains of boulders said to the weapon of choice of an unpleasant and fearsome giant named “Ralph the Wrath.’ It was said he was the most enormous and fiercest giant of them all.

He lived in an enormous sea cave; and when hungry he would wade out to sea and attack passing ships. He would haul the ships back to his lair, consume the sailors and steal their treasure.

Even sailing past at a cautious distance was not enough, he would stand atop the cliff and throw enormous boulders at them until they sank.

His cave is situated just around the corner from Portreath, and was known locally as ‘Ralph’s Cupboard’ and was filled with loot.

The roof of this vast cavern is said to have fallen in after the death of the giant, leaving the open chasm you see today.

Zennor – The Mermaid of Zennor

This is a romantic tale, where a beautiful mermaid caught the heart of a local chorister.

A mysterious and well-dressed woman would turn up at church services over the years, but she never seemed to age and the villagers were enthralled by here. After many years she became drawn to a young man, named Matthew Trewalla, who had the best singing voice in the village. He was so smitten by her that he followed her and was never seen again. It was said that he left the village to live beneath the ocean with her.

This was later confirmed by a captain, who relayed the story of how a beautiful mermaid asked them to move their anchor as it was preventing her accessing her underwater home where her husband Marty and children were waiting for her.

The villagers of Zennor mourning Matthew's loss carved a mermaid chair from wood, it can still be seen in St Senara’s church and is thought to be more than 600 years old.

It is said on a summers day you can hear the lovers singing together. Furthermore, Matthew would warn of rough seas by singing low. When he sang high, sailors knew it was safe to venture out. 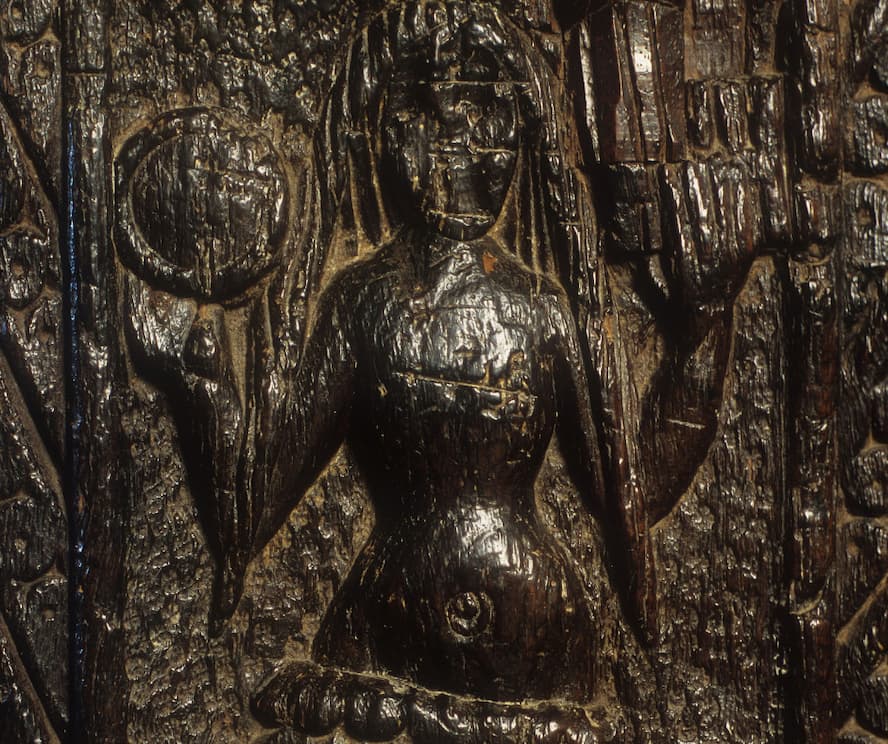 Legend has it that a mermaid shot by a Cornish sailor whilst dying set a curse on the harbour, and formed the sandbar. This Doom Bar, sandbar is located at the mouth of an estuary of the River Camel.

Her curse on the harbour stated that it would become unusable, desolate and hazardous, and so she formed the sandbar; it has destroyed many boats over the years.

The Doom Bar is still known as a treacherous place for passing ships, it has accounted for more than 600 shipwrecks since records began.

A knocker is the Cornish equivalent of a leprechaun and is said to be about two feet tall. They reside underground and are often seen wearing tiny miners outfits. They are known to be mischievous, playing pranks and stealing miners tools and food.

The name ‘Knocker’ comes from the sound a mine wall makes before it caves in, so it was believed that the noise was either a warning that the mine would collapse, or there were vengeful spirits attempting to bring the mine down.

Those that believed the knocker was issuing a warning thought that they represented the helpful spirits of those that had previously perished in tin mines. To appease these spirits and give thanks for the warnings they would leave food offerings for them, such as the crust of a pasty.

The tower of Forrabury Church, Boscastle contains no bells, but it is said that during a storm you can hear the ringing of bells sweeping across the bay.

William, Lord of Borreaux Castle, ordered three bells to protect against the plague during the 14th century. However, they never made it ashore as the ship they were being transported in sunk following a storm. Lord William succumbed to the plague soon after the ship sank.

It is said that when a storm passes through the bay you can hear the ringing of the bells. 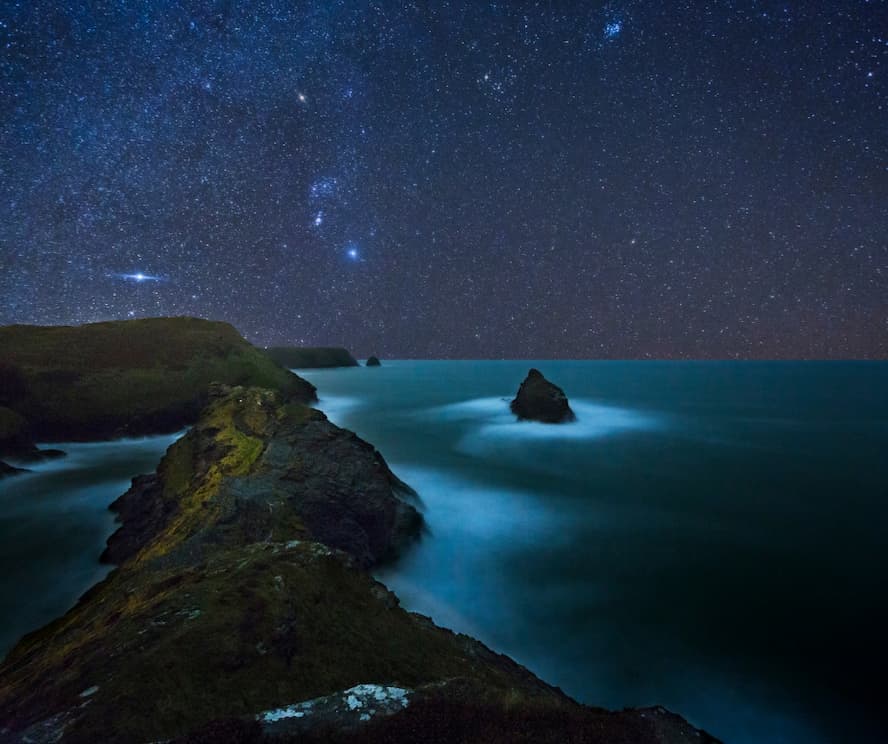