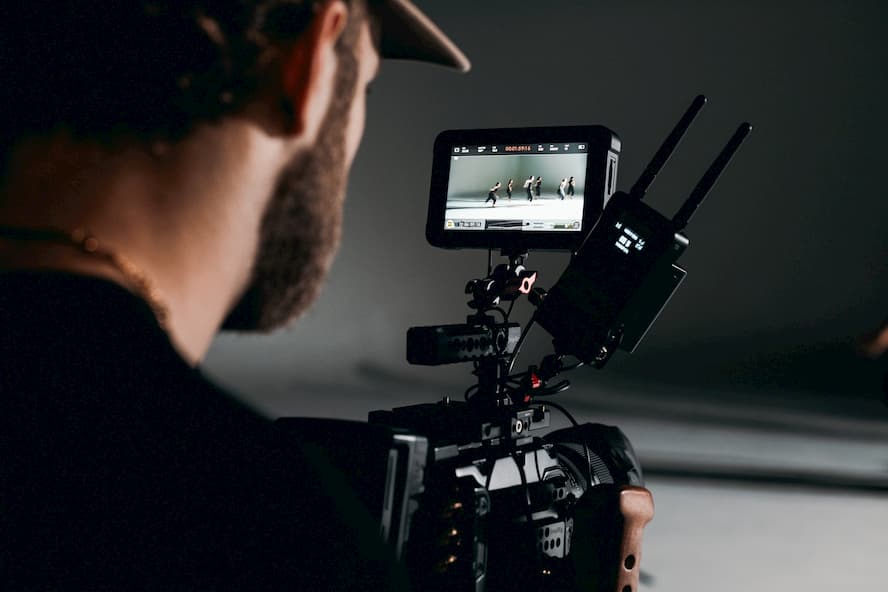 Cornwall has long been the come to location for the film industry, drawn by its varied and stunning landscapes of the dramatic coastline, azure seas, secluded coves, sweeping moorland, rugged landscape and olde world towns and villages which mesmerise audiences.

Its close proximity to film studios in the country is beneficial when it comes to travel time and costs, as the large entourage of crew associated with filming a production can get here easily without any delays and unnecessary expenditure. The county is home to experienced crew as well and local production facilities.

Cornwall has been the backdrop drop for many productions over the generations, dating as far back as the late 1920s. The county has an abundance of concealed and secluded locations ideal for filming purposes. During your stay here we are sure you will discover many of them.

Travelling around scenes or places may seem familiar, and this could be owing to them having been on your TV screen. You can now explore the locations behind your favourite programmes.

It has to be said the real star here is Cornwall.

Since 2004 the award winning Doc Martin has been a firm favourite with viewers. Dr. Ellingham's conflicts with his troublesome patients are the main context to the plot although Doc Martins love interest with local teacher Louisa Glasson comes to the fore.

The gorgeous white-washed cottages, winding narrow lanes and stunning harbour setting of the fictional village of Portween, the home of the disgruntled village physician Doc Martin and his quirky neighbours have enthralled us. The actual main filming destination is the picturesque Port Isaac in the pretty north coast of Cornwall. Tourism has greatly increased in the village following the popularity of this series.

Both the original and latest series of Poldark filmed 40 years apart, have undeniably helped to put Cornwall on the map. The show has amassed a steadfast following over several eras. The latest adaption starred Aidan Turner and Eleanor Tomlinson.

The series has featured Charlestown, Kynance Cove, the mines at Botallack and Levant, Padstow, St Agnes Head, Bodmin Jail, Bodmin Moor, along with many more breath-taking Cornish locations. The show certainly showcases some of the best scenery in Cornwall.

A comedy/drama featuring food, love and infidelity in Cornwall. Set in the successful family hotel Penrose and starring a stellar cast including, Dawn French, Iain Glen, Shelia Hancock and Emilia Fox. It is hard to say if the food or scenery trumps in this production.

The fictional Penrose Hotel where most of the action takes place, is actually the idyllic Pentillie Castle and Estate. A grade II listed country house on the bank of the River Tamar in Paynters Cross, sitting amongst 2,000 acres of lush countryside.

Other locations included the nearby Port Eliot Estate and Boconnoc. Some scenes were filmed in Calstock also on the River Tamar with some scenes in and around Lishe, a delightful local tea room.

This sitcom which is more frequently described as a dark comedy portraying the strange occurrences in a close-knit community. It starred Dawn French and Catherine Tate and was filmed mainly around Portloe here in Cornwall.

Mary Trewednack and her life-partner Angela Phillips ran the local town store and post office in St. Gweep and were the main focus but there are many other characters in this sitcom, in whose lives they meddled. It only aired for two series.

Jack Shepherd spent a number of years as detective Wycliffe filming in locations all over Cornwall. Based on W.J. Burley's novels about Detective Superintendent Charles Wycliffe.

An adaptation of the 1983 series that epitomised Daphne Du Maurier's classic famous novel set in Cornwall in 1820. The story features the infamous inn on Bodmin Moor believed to be a meeting place for old Cornish smugglers and pirates and focuses on Mary Yellan's crusade to free her Aunt Patience from the spell of her ruthless and domineering wrecker-husband Joss Merlyn while trying not to fall for a handsome, mysterious stranger.

Jessica Brown Findlay, Sean Harris and Matthew McNulty starred in this three part drama. Jamaica Inn on Bodmin Moor is the perfect setting for the god forsaken tavern in the middle of the isolated moors. Other filming locations included Holywell Bay in Newquay for all the smuggling scenes, and Trevoole Farm, Praze-An-Beeble, as the beautiful farm Mary loses.

Echo Beach was a soap opera set in the fictional Cornish coastal town of Polnarren with the usual drama, love rivals, skeletons in every cupboard, family feuds, stereotypes and much more. Created by Tony Jordan it starred household names Martine McCutcheon, Ed Speleers, Jason Donovan, Hugo Speer. It only had run for twelve episodes before it was discontinued.

Watergate Bay in Newquay was the backdrop for the opening titles of this television series. With filming also taking place in Looe and Polperrro.